Together with Van Hool and ConTeyor, machine builder SMO has been developing a concept for three years to transport goods more efficiently and cheaper, both internally and externally: The ATlos (Automatic Trailer Loading System).

We call this the Total Supply Chain Concept (TSCC). The crucial element here is suspended transportation and less material handling. This transport system can bring a major change in the logistics world.

The intention is that the producer of a certain product places this product on a specially designed universal carrier during or at the end of its production process. We call this carrier a U-car, these are developed by Conteyor. The U-car is equipped with wheels that can run on a pipe system. This pipe system can run through the factory and make various intermediate stops at for example a particular mounting station.

Ultimately, the U-car is stored in a buffer system that is built up from this tube system. A computer program keeps track of which parts are at which position and ensures the correct order of the products. The buffer system (SDP) is linked to a truck dock (Automatic trailer loading system or ATLoS). This system is the link between the buffer in the factory building and the trailers. 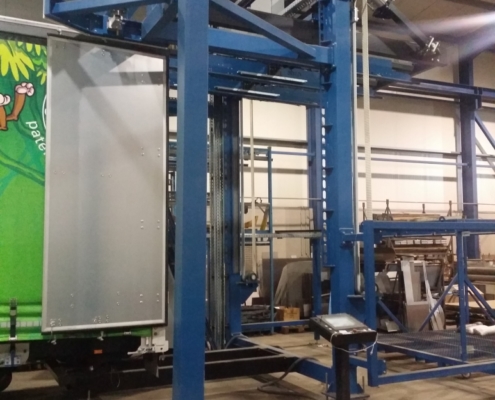 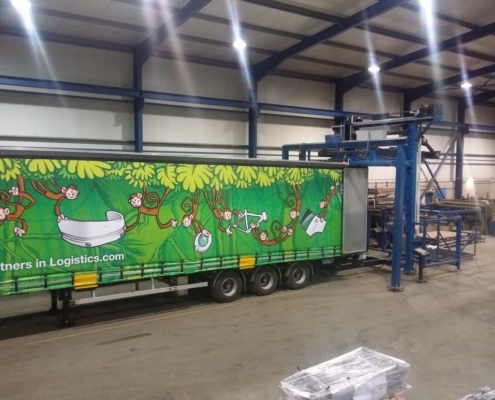 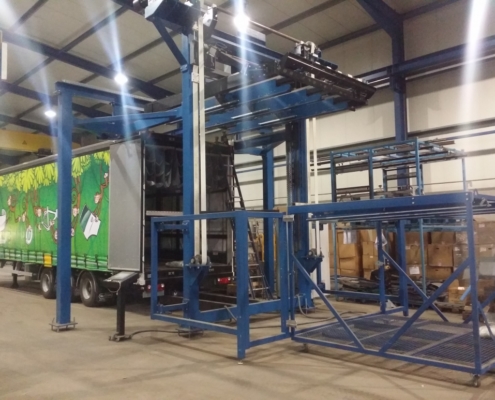 More information? Want to realise your own project with SMO? Contact us!

This site uses cookies. By continuing to browse the site, you are agreeing to our use of cookies.

We may request cookies to be set on your device. We use cookies to let us know when you visit our websites, how you interact with us, to enrich your user experience, and to customize your relationship with our website.

Click on the different category headings to find out more. You can also change some of your preferences. Note that blocking some types of cookies may impact your experience on our websites and the services we are able to offer.

These cookies are strictly necessary to provide you with services available through our website and to use some of its features.

Because these cookies are strictly necessary to deliver the website, you cannot refuse them without impacting how our site functions. You can block or delete them by changing your browser settings and force blocking all cookies on this website.

These cookies collect information that is used either in aggregate form to help us understand how our website is being used or how effective our marketing campaigns are, or to help us customize our website and application for you in order to enhance your experience.

If you do not want that we track your visist to our site you can disable tracking in your browser here:

We also use different external services like Google Webfonts, Google Maps and external Video providers. Since these providers may collect personal data like your IP address we allow you to block them here. Please be aware that this might heavily reduce the functionality and appearance of our site. Changes will take effect once you reload the page.